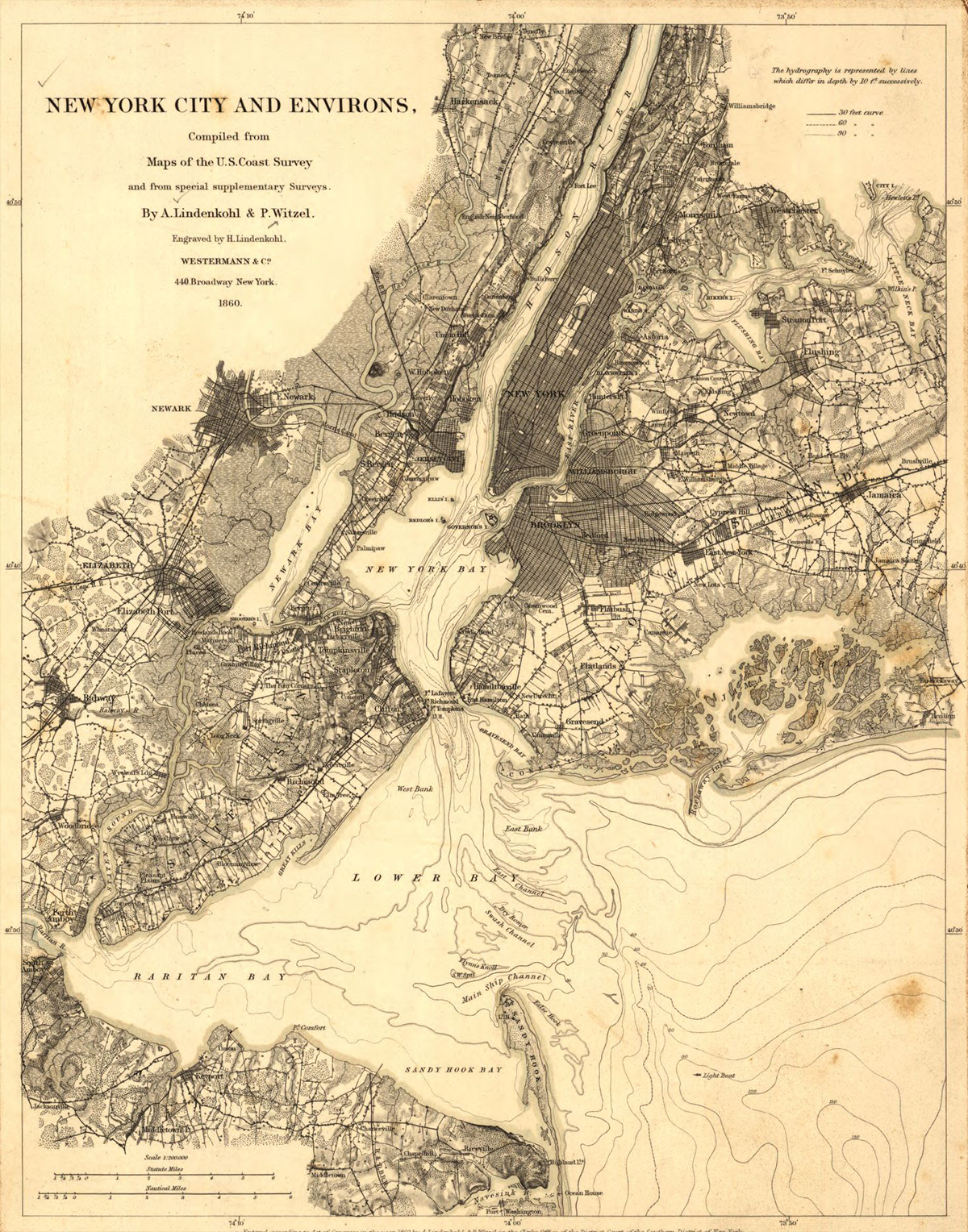 New York City in 1860 was thriving for some of the same reasons the city thrives today. The city’s location was then, and is now, central for the movement of people and freight to and from Europe and elsewhere. Waterways were the primary transportation pathways in 1860. New York’s deep and well-connected port, nearer to the ocean than the ports of other cities on the East coast of the United States, was a huge boon to shipping. The Hudson River connected New York City’s port to a wide gateway westward through the Erie Canal to Lake Erie and beyond. Europe sent and received goods and people across the Atlantic Ocean to New York. Cities on the Great Lakes could enjoy the benefits of shipping to and from Europe, completely by water!