Landsat 9 Ground System Moves from Design to Development and Beyond

Landsat 9 Ground System Moves from Design to Development and Beyond 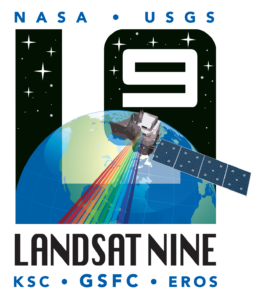 The design work is done. The development, off and running. With a Dec. 15, 2020, launch date penciled in for Landsat 9, the business of building the L9 Ground System is ready to springboard off a final Ground System Critical Design Review being hosted by the Earth Resources Observation and Science (EROS) Center at the end of September.
Now with the design focus behind them, staff at EROS are pivoting toward either doing the work or assisting in developing, building, integrating, and testing the three elements of Ground System for which the U.S. Geological Survey (USGS) is responsible:
The Landsat Multi-Satellite Operations Center (LMOC) at the Goddard Space Flight Center (GSFC) being designed and built by General Dynamics Mission Systems. Flight operations for both Landsat 9 and Landsat 8 will be conducted in the same building at GSFC. A Mission Operations Center (MOC) is where, on a daily basis, a Flight Operations Team (FOT) decides which set of scenes to collect while commanding and controlling the satellite, and also monitors the health and status of the satellite and its ground system.

Critical design reviews (CDR) were completed on the L9 GNE in June and its DPAS counterpart in July. The LMOC CDR was held the first two days of August. “All of the elements successfully met the criteria from an independent panel to progress over to development, integration, and test,” said Brian Sauer, the USGS EROS Landsat Development Manager.
Yet even with those successes, it’s common within each CDR for the independent review board to make several Requests for Action (RFA) or Advisories to address or head off potential issues. In the most recent LMOC CDR, for example, the review board had questions about schedule management—whether details in the schedule adequately reflected work being done. Making sure the work of the contractor and subcontractors integrated properly into USGS’ Integrated Master Schedule was something the review board requested further action on.
“It’s not a technical issue. It’s a documentation type issue, a management issue,” Sauer said. “It’s purely working with the technical team, understanding what they have to do, and getting it down on a schedule.”
Sauer and USGS Landsat 9 Ground System Manager Steve Zahn say none of the RFAs are show stoppers and should be resolved before the Ground System CDR in late September. That’s when the review board will look at everything from how ongoing work is meeting the criteria in the Engineering Management Plan to the programmatics of schedules, budgets, and allocated resources. “Any time we launch a spacecraft, and we’re on a deadline, schedule is obviously a big concern, especially with the aggressive schedule that we have here,” Sauer said.
For now, USGS staff at EROS and GSFC are busy finishing the development of subsystem software programs and gearing up for subsystem Test Readiness Reviews (TRRs). DPAS, for example, has numerous subsystems—Ingest, Image Assessment System, Level 1 Product Generation System, the User Portal, and more. There are TRRs to be done on each, followed by integration activities that will occur leading into the fall of 2018.
While many of those subsystems are similar to what is being used for the Landsat 8 DPAS, overall upgrades to Landsat 9 mean additional work. There are database updates to be made to ensure the database can communicate with all the processing systems. And of course, the Collection 2 ARD is a new twist.

So, the different elements will now proceed with what are called “Builds” as they integrate their software packages. In DPAS’ case, Build 1 will result in a fully functioning element minus some reporting, metrics and processing, and performance enhancements. At each stage in the process then, there will be additional Builds in which more features are added to each of the three elements.
Once each subsystem is tested, they will be integrated together to build the element. Those elements, in turn, have to be integrated to create the Ground System. There will be simulations run and testing done to verify all the integrated requirements at the Ground System level through Ground Readiness Tests (GRTs). That will be followed Mission Readiness Testing (MRT) activities that will show that the Ground System is ready for launch of Landsat 9, its viability in early orbit, and its commissioning.
“This is what the next six months look like,” Zahn said. “Finish out development. Then subsystems testing. All the subsystems that are going into Build 1, they’re all finishing their TRRs. They’re doing that right now.”
“That will lead into the fall, and then they will start to do integration activities, pulling all those subsystems together to get them ready for GRTs. So, we’re busy, yeah. Real busy.”