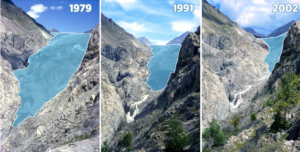 April 01, 2020 • Forty-five years of data, more than 1.8 million images, these are the numbers of an adventure started 48 years ago with the launch of the first Landsat satellite. Today, the entire Landsat Multispectral Scanner (MSS) ESA dataset has been processed with improved algorithms, so as to offer top quality data to the user community.

Landsat is the pioneering US land remote sensing satellite program, which has provided a continuous supply of synoptic, repetitive, multispectral data of Earth’s land surfaces since 1972. Over the years, a large international user community evolved along with the Landsat series.

The program opened entirely new fields of research, providing insights into geologic, agricultural, and land-use surveys, eventually leading to new paths of resource exploration – in all, for a better understanding of our planet’s system.

The primary mission objective was to monitor Earth’s resources to achieve periodic and complete coverage of the United States via multispectral, high spatial resolution images of solar radiation reflected from Earth’s surface.

Secondary objectives included acquisition of multispectral images over important major land masses other than the United States, at least once per season, and the relay of data acquired by international ground stations from the Landsat satellites to a central analysis facility, to support the modeling of Earth resource-oriented processes.

The success of the Landsat program stimulated new approaches to data analysis and gave impetus to new sensor designs: for instance, the Copernicus Sentinel-2 sensor was designed in order to keep full compatibility with this fundamental dataset and expand it in terms of spatial and frequency resolutions.

From 1975, ESA began with its own ground systems, to acquire, process and archive data from Landsat, under the Earthnet program. Starting with a single satellite ground station, located in Fucino (Italy), the acquisition capability was increased in the following years with Kiruna (Sweden), Maspalomas (Canary Islands – Spain), Matera (Italy) and Neustrelitz (Germany). The resulting dataset of the seven Landsat satellites, with over 1.8 million scenes, is now fully available under Earthnet’s  Third Party Missions (TPM).

ESA’s 45 years worth of Landsat historical data observed over Continental Europe, African regions and the Arctic has become massive.

Major efforts have been undertaken to improve processing and then produce the most up to date Level-1 products for the community.

The Multispectral Scanner instrument onboard the Landsat 1 to 5 satellites was built by SBRC (Santa Barbara Research Center) of Hughes Aircraft Company in Goleta, CA.

The objective of MSS was to provide repetitive, daytime acquisition of high-resolution, multispectral data of Earth’s surface on a global basis, and to demonstrate that remote sensing from space is a feasible and practical approach, to efficiently manage Earth’s resources.

MSS is an opto-mechanical scanning instrument (whiskbroom technique, unidirectional operation) consisting of a double reflector-type telescope, scanning mirror, filters, detectors, and associated electronics. The MSS instrument had a spatial resolution of approximately 79 metres with four bands ranging from the visible green to the Near Infra-Red (NIR).

This is the first time that ESA’s Landsat MSS collection (data acquired over the visibility masks of Fucino, Kiruna and Maspalomas from 1975 to 1999) has been systematically processed. This processing started some years ago, and it highlighted and made it possible to understand issues that for years had affected the data, but had never been correlated with an on-request processing scheme. By systematically producing all of the scenes of a single satellite pass, the information of the adjacent scenes has been used to improve the geometry of partially clouded scenes.

The analysis of Level-0 data revealed that multispectral scanner calibration was not optimal, leading to saturation in bright areas (ice/snow and desert). For these regions, the calibration coefficients were revised and most data are now almost free from saturation.

A quality information map, compatible with the one developed by USGS for Landsat TM data, is now attached to Level-1 MSS products, indicating problematic, cloudy, water and saturated pixels.

The result is that MSS data are now fully comparable with the data coming from the more modern instruments carried on board of the recent Landsat missions, TM (Landsat 5), ETM+ (Landsat 7) and OLI/TIRS (Landsat 8) and even with Copernicus Senitnel-2.

Andrea Schedid, Third Party Missions Operation Coordination Manager, states, “These improved MSS data are allowing users to benefit from a huge range of images, which ensure a better comparison of older data to recent ones, thus bringing Earth observation to a new level.”