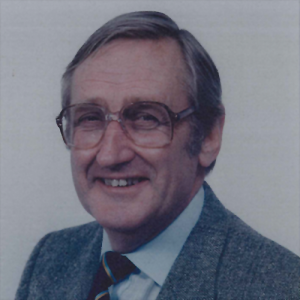 [Source: Geoscience Australia] Don Gray, the founder of the Australian Landsat Station, passed away on Tuesday, November 4, 2014. It was through his vision and leadership that the Australian Government invested in the Australian Landsat Station in 1979.
In subsequent years this facility grew and was renamed the Australian Centre for Remote Sensing, widely known as ACRES, before becoming part of Geoscience Australia in 2001.
Don Gray’s contribution and achievements have left Australia with a tremendous legacy; a ground station in Alice Springs that is still operational and acquiring Landsat 7 and 8 imagery today—over 35 years of Landsat observations.
This archive has provided an incredible Australian continental baseline dataset that spans through space and time and has become the foundation of the Australian Geoscience Data Cube .
Don Gray’s funeral was held Friday, 14 November 2014.
Further Information:
+ Data Cube – The future of Earth Observation data management and analysis (via YouTube)
+ “Don Gray”, Australian Earth Observation Community Coordination Group News
A Look Back
Excerpts from A History of Satellite-based Remote Sensing in Australia: 1970–1989 by Catherine Elizabeth Rayner:
In 1977 the Australian Science, Technology and Engineering Council was again asked to consider a proposal for establishing Landsat reception facilities in Australia. This time the proposal was vigorously supported by the mining industry, which guaranteed to buy enough data to make the project work financially, and the committee was far more sympathetic to this type of technology. The proposal was accepted and a recommendation forwarded to Cabinet that the Australian Landsat Station (ALS) be built…
Someone who had been interested in the Landsat program from the outset was Don Gray, Director of Honeysuckle Creek Tracking Station. His interest and enthusiasm, as well as his background dealing with space technology had led him to give some lectures about the Landsat program to organizations like the Institution of Engineers and the Institution of Radio and Electronics Engineers. He had to strike the difficult balance between arousing interest with his enthusiasm and making a common mistake of the space industry by overselling the project as a panacea for all the world’s ills.
In 1977 Don was heading overseas for the NASA Station Directors’ conference when he was asked to extend the trip and visit the Goddard Space Flight Center near Washington D.C. to talk about access fees for Landsat data and then go to the Landsat station in Canada to talk about what was needed to set up a Landsat station. During the course of this trip he found out that Honeysuckle Creek was to be closed and decommissioned in 1981. When he returned from his trip he “volunteered” to start setting up the Australian Landsat Station. This was partly because he was going to need a new job and partly because it sounded interesting. As the project progressed Don became even more fascinated by the potential of the Landsat data and the challenge of building and running data reception and processing facilities.

With Don Gray formally appointed as the Director of the ALS in February 1979, the design work started in earnest. Don and a colleague, Frank Northey, set off overseas on a detailed fact-finding tour. They went and talked to staff at several different Landsat ground stations, including the one in Brazil and both of those in Canada. Another important visit was to the [USGS] EROS Data Center. At each site they were interested in what data reception and processing facilities they had, why that configuration had been chosen and any problems to be avoided along the way. Since the French space agency, the Centre National d’Etudes Spatiales (CNES) was in the throes of designing facilities connected with its planned satellite series, System pour l’Observation de la Terre (SPOT), Don and Frank also visited France to discuss this design process with the staff of CNES.
At the end of their overseas tour, they had gathered plenty of information and heard many opinions about what the specifications needed to cover and the best design for a Landsat ground station.
There was still one problem, in Don’s words:
“Frank and I would have no trouble building a tracking station, antennas and receivers and all that stuff, we knew all about that, but what did you do with the data? How did you process it?”
This was where Ken McCracken helped out by arranging for Andy Green to come and work on the detailed specifications for the image processing.
At the time the specifications for the ALS were being drawn up, there were two instruments on the Landsat satellites. When Landsat-1 was launched, the RBV was considered the main instrument, with the MSS providing supplementary data. During the satellite’s first year of operation there were electrical malfunctions and a need for reducing power use which led to the three RBVs and one of the tape recorders being shut down. This left the MSS as the only instrument on board. Over time, the usefulness of MSS data came to be more and more appreciated.
The final budget for the ALS would only stretch to reception and processing equipment for one instrument. Given the problems with the RBV, the MSS was selected. In this at least, the delay in approving funds for the ALS actually worked in Australia’s favor. Brazil had chosen to install all the equipment for the RBV, which meant that they were up for some very expensive equipment replacement soon after their ground station opened.
As time passed the choice of the MSS proved to be a good one, as this instrument was included on Landsat 3, 4, and 5 whereas the RBV changed format for Landsat-3 and was not included on the satellites after that. With MSS data from Landsat 5 available up to the middle of 2001, there is almost 30 years of data available for analysis. Direct acquisition of MSS data for Australia ceased in November 1997.

Together with Allan Falconer from the University of Queensland Geography Department, Don Gray developed an image-based catalogue that allowed users to see miniatures of each scene that was available. Scenes were catalogued using a combination of path and row identifiers, date of collection and 1:250 000 sheet zones. The catalogue was produced primarily as colour microfiche, with a printed catalogue available on subscription. This system eventually became the world standard.

PrevPreviousThe Granddaddy of Them All
Next2014 William T. Pecora Award WinnersNext
Prev
Next
On Key