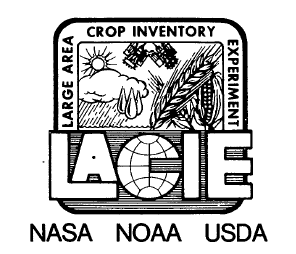 Earlier this year on Jan. 7, 2014, a giant in the world of Landsat applied science— Robert B. MacDonald—passed away. MacDonald was largely responsible for first envisioning and formulating how to use early Landsat data to estimate global crop production.

As Forrest Hall, his then-deputy, describes, MacDonald and his team, “developed the world’s first capability to monitor the Earth’s crop of wheat and barley—the world’s breadbasket.”

At a time when computer technology and satellite remote sensing were in their infancy and scholarly computing papers had titles such as “Man-machine interfaces,” MacDonald worked with a team of scientists, engineers, and statisticians to wrangle a massive amount of digital satellite data into meaningful information to predict world food supply.

The name of the major experiment that MacDonald led was the Large Area Crop Identification Experiment, or LACIE (a “rather delicate acronym” Hall relates).

Most importantly I think, we showed that remote sensing data could be acquired on a global scale, and that this huge volume of digital imagery could be rapidly processed to identify and measure the area of food crops and real-time, report the monthly changes in crop area, yield and production. To do that, Bob assembled and managed a team of photo-interpreters, computer scientists, image processing specialists and US Department of Agriculture employees that each month would report out the latest estimates of expected wheat production to be harvested that year.

In the final year of LACIE, 1976, its global wheat estimates were to within 10% of the post-harvest estimate meeting the accuracy goal set at LACIE’s beginning. We knew that the Russian wheat production would fall short of their expectations long before they did.”

After graduation in 1958, he took at job with IBM’s Advanced Systems Research group in Owego, New York. While there he became interested in the electromagnetic characteristics of lightening strikes. He followed his interest in the electromagnetic spectrum into the world of remote sensing from space. He worked on projects supporting Earth orbiting and lunar missions, going on to lead studies about monitoring agricultural crops using space-based remote sensing.

After that, MacDonald returned to Purdue University and was instrumental in the establishment of their Laboratory for Agricultural Remote Sensing, or LARS, which became a juggernaut in the world of agricultural remote sensing and computer processing.

In 1971, he took a job at NASA’s Manned Spacecraft Center (now Johnson Space Center, JSC) in Houston, Texas. After the first Landsat launch, he proposed an experiment to use the satellite data to globally monitor wheat production, and from 1974 to 1978 he was the LACIE Director.

Hall first met MacDonald during this time, and recounts the experience this way, “Surrounding Bob was a certain aura, enhanced by his serious countenance, a dark brown suit, wing tip shoes, crisp white shirt and tasteful tie; all different from the leisure suits, white shoes and belts normally sported by JSC’s upper level managers; suits of a color usually not found in nature.”

After the LACIE project ended MacDonald directed the NASA efforts for another large agriculture project (with the acronym AgRISTARS) that aimed to extend the LACIE techniques to other staple crops.

During his time at NASA, MacDonald received many awards among them the Certificate of Commendation for demonstrating the value of space technology for the management of natural resources.

MacDonald stood at the nexus point of all nascent agricultural remote sensing projects. Landsat 8 Project scientist, Jim Irons, says, “As the person in charge of LACIE and AgRISTARS at JSC, Bob was likely the most influential person in NASA and in the nation with respect to determining the course of land remote sensing in the ‘70s.”

PrevPrevious1977 Video: Landsat—Satellite for all Seasons
NextA Look at National Land Cover Database 2011Next
Prev
Next
On Key